In the “I knew it!” department, the Wall Street Journal recently posted this headline:

Peter Lynch, 25 Years Later: It’s Not Just ‘Invest in What You Know’

Back in the late 80s and early 90s Mr. Lynch wrote several books promoting the idea that any average Joe could win at the investing game by simply “Investing in what you know.” That is, if you buy a certain product at the store and it works well you should buy that company’s stock. I said at the time, after reading a couple of his books, that he apparently did not understand the disparity between his depth of understanding regarding the fundamentals of investing and the (lack of) depth of understanding of his average reader. He comes to the game with a background not possessed by most. So, years later he confesses that there’s more to investment success than his books would propose. I wonder if he has just exposed himself to a legal liability.

PS. I won’t take the time now to discuss this, but IMHO Mr. Lynch was a good stock picker, but not as good as his record would indicate. His record benefited from some lucky coincidences along the way. Topic for another time, perhaps.

The end of ZIRP? About the time that this blog entry gets posted the Fed will likely have changed its zero interest rate policy (ZIRP), increasing the overnight rate by 25 basis points or so. What effect will this have on stock and bond prices? In my opinion, likely not much. We’ll see. Will additional increases follow? We’ll see.

One possible positive effect of a higher Fed Funds Rate is that corporate pension plans would benefit. According to one source only about 10% of US corporate pension plans are fully funded, but that number could become one in four if the rate were to move to one percent (100 basis points). Of course, a higher interest rate might tend to reduce economic growth.

Beware the “pump and dump.” It’s one of the oldest securities frauds. Promoters talk up lightly regulated penny stocks, then sell them off to unsuspecting investors. In the past the approach was by a phone call. Now it is an email. According to one source messages promoting stocks jumped to 7.5% of all unwanted email in 2014 from 1% in 2012.

In the “I wish this was a joke” category: First there was the voter in 2009, opposed to government-based healthcare who yelled “Keep your government hands off my Medicare!” Then there was Senator James Inhofe who produced a snowball as evidence that global warming was a hoax. And now, residents of a small town in North Carolina have rejected a proposal to set up a solar farm because they fear it would cause cancer, hamper photosynthesis and drive young people out of town. Said one resident, “Solar farms would suck up all the energy from the sun and businesses would not come to Woodland.” Oy!

I didn’t just make those up. Here are some links:

Keep Government Out of My Medicare.

Solar farms would suck up all the energy from the sun.

Yesterday’s WSJ offered an extensive article with the following title:

The Mystery of Missing Inflation Weighs on Fed Rate Move: U.S. near full employment, but inflation hasn’t risen as predicted; Fed officials can’t figure out why

I believe the period in history that we are experiencing is one of great change, and that some of the truths that we accept today will not hold up forever. Some of the economic theories that have been true in the past may not be true in the present. I have discussed this before in these pages, so I will not repeat it here, but I think it will be worth your time to consider some of the books which have informed and influenced my views. If you are interested click here.

Recently, I pointed out that the Toyota automobile manufacturing company has committed $1billion US dollars to research in artificial intelligence, which I think is a pretty big deal, especially since it is a car company. Today I will point out that several tech entrepreneurs are launching a $1 billion non-profit company to “solve AI for the good of humanity.” You may recall that Elon Musk, Stephen Hawking and others have expressed concerns about the dangers associated with ever smarter artificial intelligence. (I have written about this in a prior blog post.) Well, the new company, OpenAI is intended to mitigate those risks. Some smart guys doing a smart thing.

And since we’re talking AI, let me mention that some folks are saying that 2016 will be the year of Zero UI. That is to say that next year we will see significant progress toward the elimination of the computer keyboard. “Computer, please send an email to Sheldon Cooper.” “Computer, initiate a phone call to my mother.” “Computer, …”

Financial Planning Associates, Inc. is a Missouri registered investment adviser, and it is a regulatory requirement that registered advisers offer annually to provide clients with the current version of the adviser’s brochure and privacy policy. These documents are continuously posted on this website. You can locate them toward the bottom of the front page in the Quick Links area. They are entitled FPAI Brochure and FPAI Privacy, respectively. 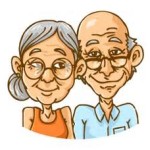 Some people ask the secret of our long marriage. We take time to go to a restaurant two times a week. A little candlelight, dinner, soft music and dancing. She goes Tuesdays, I go Fridays.